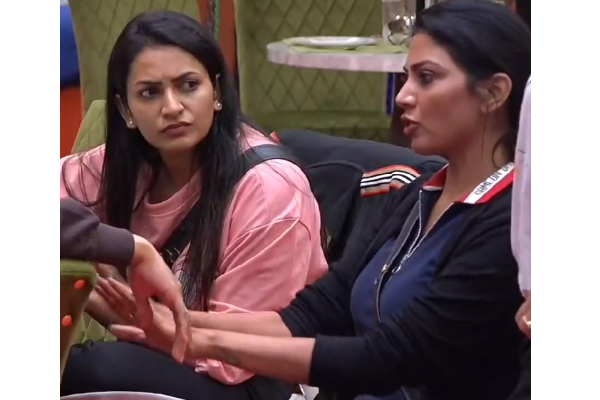 On the 3rd day itself, housemates started fighting with each other. Some of them bursted into tears. Lobo was seen entertaining others in today’s episode as well.

Bigg boss introduced the concept of power house this time. Big boss gave a small task to housemates and who ever wins that task will get some additional powers. Vishwa won the power house and gave task to Ravi and Priya. They both had to change their dress to opposite gender dress.

Later Manas won the power house and he gave the task to RJ Kajal. She has to sleep after everyone sleeps. In case some one wakes up for wash room, she has to wait till they sleep and then only she should go to sleep.

Annee vs Jessie – a big fight:

Annie master and Jessie didn’t share good rapport since beginning. Jessie unwillingly behaved rude with Annie master when she asked the chair beside him. Annie master got offended and raised her voice. Confused Jessie tried to argue with her initially and then realised and apologised. But the damage was done and he got negative feedback already.

Vishwa was having casual chitchat with housemates and suddenly he recalled his brother who passed away last year and suddenly busted into tears.

Fighting over food preparation and arrangements related to kitchen are quite common in Bigg boss house. Lahari picked up an argument with Kajal regarding the kitchen arrangement and went one step ahead and alleged that Kajal is doing everything for content.

It looked like Lahari intentionally targeting Kajal as she is feeling Kajal to be her main competitor. Kajal was disturbed with this argument. Ravi and Manas were seen consoling her. Manas reminded her that she had to do the task and sacrifice sleep to night.

While some other housemates were having real fights, Lobo and Siri had a fake fight and housemates also were tricked and believed it to be a real fight.

Sarayu was seen smoking along with Lobo. She is talking very rationally but not getting much footage. She even criticised other housemates and said they are doing drama for the sake of content.

Overall Jessie, Hamida and Sarayu are in danger zone as of now. Manas seems to be in safe zone. we need to wait and see who will be leaving the house this weekend.