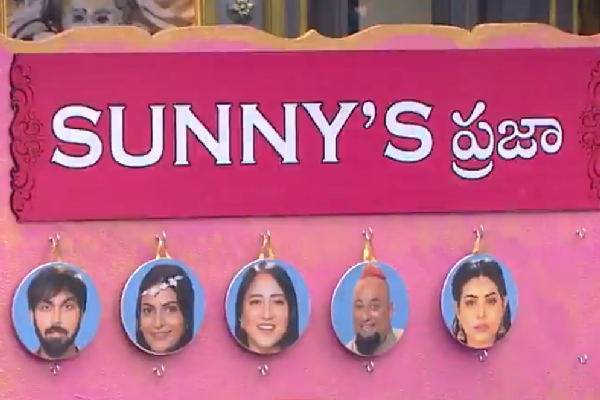 Bigg Boss’s today’s episode is filed with some verbal fights that reminded action episodes. Moreover, as per the wrestling task there was some real action too.

Today’s episode started with the continuation of verbal fight between Sriram and Shanmukh. Siri came to the support of Shanmukh. Siri was looking over confident as she is not in nominations this week. The way Siri provoked Jessie and Shanmukh instead of resolving the issue was not received well by the audience. Next day also Siri and Jessie were seen eating the food that was self prepared.

Kajal commented that one good thing that happened because of all this fight is that Ravi and Lobo finally came out of wash room duty and joined kitchen. Even though she told in a frivolous manner, Ravi took it in a serious way and started argument with her. She told that she didn’t expect it to be provoking. She asked why he didn’t stop when she was talking. The argument was prolonged a lot.

BB Kingdom:
Bigg Boss gave a task called Bigg Boss Kingdom. Ravi and Sunny are the princes and other housemates are the people of the kingdom. Whoever wins the trust of more people, will be the King. Kajal, who had fight with Ravi, struck a deal with Sunny. Kings have coins to offer to the people.

As per this task, two contestants have to do wrestling fight on behalf of their beloved princes. Whoever wins, their prince will get 100 coins. Siri and Kajal were seen stealing the coins.

Sunny selected Manas, Jessie and Priyanka while Ravi selected Vishwa, Shwetha and Anne from his side. Captain Sriram told he would not allow a male and female to fight. Sunny cleverly demanded 100 coins from Ravi to select a girl from his group to make the fight as female vs female. Sunny told he is ready to fight but Ravi told he cannot do it because of the back pain.

Shanmukh is seen grouping with Siri and Jessie and he is almost always confining most of his interactions with this group. However Siri seems to be showing a split personality kind of variation when she is in nominations vis-a-vis when she is not in the nominations.

We need to wait and see who will win the task between Sunny and Ravi.