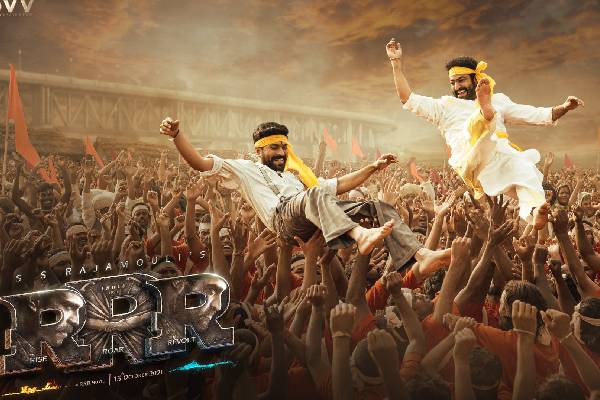 Director SS Rajamouli’s much-awaited magnum opus “RRR” might be creating waves in the filmy world, but one more “RRR” is also creating a buzz in Telangana politics.

This ‘political RRR’ is being promoted by BJP.

The BJP has been threatening ruling TRS that once Huzurabad bypoll is over on October 30 and the results are out on November 2, the BJP will show “RRR” cinema to ruling TRS in Telangana politics.

BJP’s RRR refers to party MLAs Raja Singh and Raghunandan Rao and Rajender (Etela after winning Huzurabad bypoll). These three RRR’s will show “RRR” cinema to TRS not only in Telangana politics but also in Telangana Legislative Assembly, BJP leaders and cadre say.

BJP challenges that there is no one in TRS who could take on BJP’s RRR after November 2.