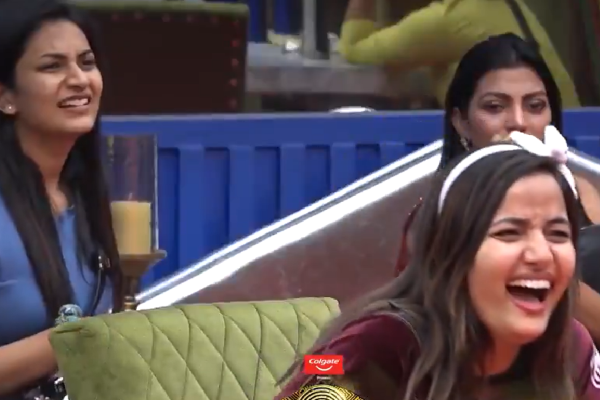 Bigg boss season 5 was launched on Saturday in a grand way. This season started engaging the audience from day 1 itself. Today’s episode is again filled with a mixture of emotions. The episode started with Jessie apologising Annie master for his rude behaviour with her earlier. Annie master also accepted his apology and thereby put a full stop to the issue.

Lahari is not in the nominations this week. Probably that’s why she is over confident and starting fights with other housemates like Kajal and Hamida too frequently. The way she is dragging the issues has become irksome. In the previous episode she targeted Kajal by alleging that she is doing everything for the content. After that fight, Kajal did become silent. Today she started fight with Hamida and it ended with Hamida bursting into tears.

Thread between Sriram and Hamida:

Hamida was disappointed after her fight with Lahari. Sriram started conversation with her by asking her zodiac sign. He tried to relate her zodiac sign with her behaviour and built the conversation. Romantic threads between singles is very common theme in Bigg boss house. We need to wait and see whether this thread between Hamida and Sriram further develops into a special bond.

In a previous season, Hema tried to dominate all the housemates and as a result she was eliminated by the audience in the early episodes itself. Uma reminded Hema today as she argued with the housemates over a pretty issue. However Annie master apologised and told that Uma is the most senior in the house and all of them respect her. Uma immediately cooled down after listening to these words as Annie respected her seniority. .

Some housemates maintaining low profile and not opening up yet:

Housemates like Shanmukh and Sarayu are still maintaining a low profile in the house despite having huge following on social media. Other housemates like Priya also staying silent most of the times. We need to wait and see whether this low profile helps them or damages them.

Overall it is a passable episode.