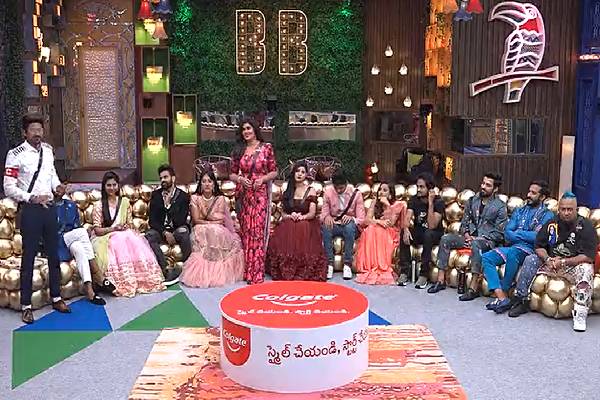 In Bigg boss 5, this weekend episode was interesting as there was fun and also there was game as Nagarjuna corrected the housemates on the mistakes they did during the week.

Vishwa is the Worst performer:

Manas named Shanmukh as worst player. Nagarjuna played the video that showed passiveness of Shanmukh in the house. The video was so hilarious that housemates as well as the audiences had a hearty laugh. In fact Shanmukh also accepted his laziness during the tasks. Sunny named Priya keeping in mind the fight they had during the task. But added that they both got just patched up recently. Priya gave him a flying kiss and he too reciprocated her with another flying kiss.

As per majority, Vishwa became worst performer of the week and he will go to jail after Weekend fun tasks are over.

Lobo was sent to a separate room and asked to name 6 out of the 12 housemates, who are fake in the house. He named Kajal, Priya, Priyanka, Ravi , Anne, and Shanmukh as fake persons. He told rest of the 6 as good players. He told about each and every housemate without knowing that his statements are being telecast to the housemates who are sitting in the lawn.

Sriram and Kajal were saved today and rest of the housemates are still in danger zone. We need to wait and see who will leave the house this week.