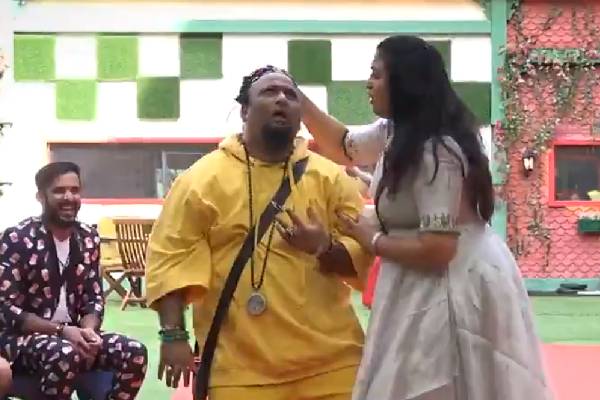 The weekend episode started with the task of ramp walk. Jesse is the judge for this task. Housemates were divided into pairs and each of the pairs did a ramp walk. Lobo was paired with Uma and he did this task also in an entertaining way. Natraj master and Annie master did ramp walk like a dance.

Anchor Ravi showed his creativity by poking fun at Jessie during this task. He imitated Jessie’s gestures during his fight with Annie master. Shanmukh was paired with Priya and he looked uncomfortable. Manas and Lahari did it like professional models. Finally, the pair who won the task was Priyanka and Swetha. Singer Sriram and Siri gave a surprise performance as they portrayed a nice chemistry between them.

Do you know me and surprise revelations:

Then again there was a task in which housemates were divided into pairs. Each of them will be tested on how much they know about their partner.

When Nagarjuna asked what is hidden talent in Sunny, Lahari told he does something like ventriloquism. Nagarjuna asked him to try and he said, “Nagarjuna, I love you”. Though none understood, Nagarjuna got it right.

During this task, Jessie asked Siri, why she got engaged so early. in fact it was a news to the audience. She cleverly replied that, she didn’t know person like Jessie will join her on the house.

Sarayu was portrayed as lady Arjun Reddy during this task.

Most of the housemates gave correct answers when the question was about personal life of other housemates. This indicates that, most of the contestants know each other outside the house itself. This is actually defeating the concept of Bigg Boss, which is to see how the housemates behave with others who are not well known to them outside and mostly from a different backgrounds.

Lobo was given a task to give Nick names to the housemates. He utilised this opportunity also and served fun to the audience. He called Ravi Milky boy, Siri butterfly, and Sunny chocolate. The way he avoided giving nick names to Uma and Lahari was funny.

Over-all it was an enjoyable episode