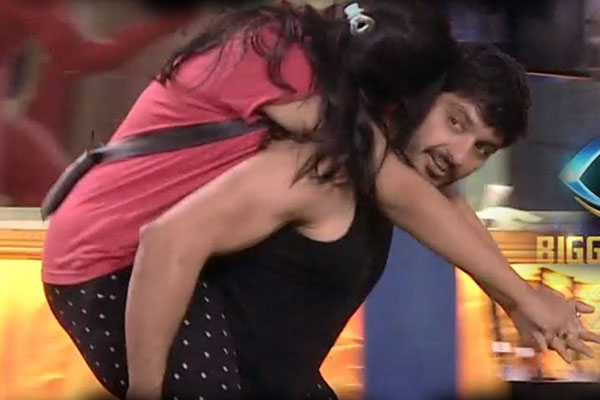 Just for a change, Bigg boss celebrated his own birthday in the house. In fact, this celebration started in the previous episode itself. Bigg boss annoyed the housemates by sending lots and lots of birthday cakes into the house and asking the housemates to eat off all those cakes. At some point, the housemates were really fed up eating the cakes and it was fun to watch the housemates getting irritated on Bigg boss on his birthday.

Boring and haphazard tasks with no continuity:

We will have to wait and see whether Bigg boss will come up with some interesting tasks in the upcoming Thursdays and Fridays.