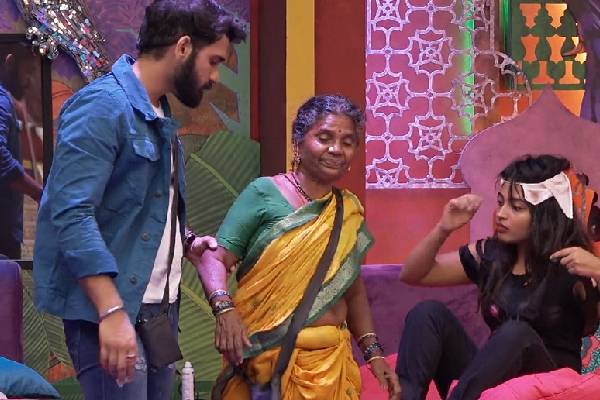 In Bigg boss season 4, one more wild card contestant entered the house today. Jabardasth Avinash, also known as Mukku Avinash, joined the house today. Even though his name has been popping up since the beginning of this season in social media, for some unknown reasons, he didn’t join the house until the 10th day.

Meanwhile, Jordar Sujatha looks confused. When some housemates casually told her that Abijeeth and Noel are ‘singles’ in the house out of whom she can select one, she took it very seriously and started thinking about what made them think like that. But Abhijeeth rubbished this calling she is like a sister to him. Noel also clarified on similar lines to her. But she still got offended by the way Abijeeth dismissed such a possibility.

Gangavva is a special contestant in the house. Almost all the housemates are taking special care of her. However, she is still feeling uncomfortable in the house because of the age factor, and the different climate. Bigg boss called her into the confession room and inquired about her health. She explained to Bigg boss that the physical beatings she received from her drunken husband years back are still giving her body pains. She also explained other health issues like joint pains etc. Bigg boss assured her of the best medical treatment and hoped she will be alright soon. He also told her some encouraging words by reminding her of her physical as well as mental strength. She admitted that she is really a strong person but told that AC house doesn’t suit her body and the entire climate of the house is different for her. The way she explained her loneliness in life to Bigg boss made the eyes the most of the audience moist. Lasya took her to the medical room.