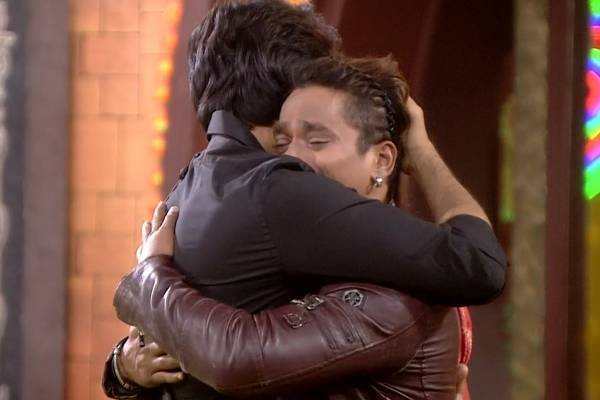 In Bigg boss season 4, today Mehboob evicted from the house and the house was filled with emotions. Before the eviction, there were a lot of games in the house as it is Sunday. But this episode will be remembered more for the emotions during eviction than the fun and entertainment.

Sohail and Mehboob were the bottom two:

Abhijit, Sohail, Harika, Monal, Mehboob, and Ariyana were in the nominations this week. In the first two days, the trend emerged in social media that Mehboob is getting the least votes. Abhijit, Harika have been getting good votes since the beginning. Ariyana, who was nobie at the start improved her voting tremendously as she was targeted by 7 contestants at a time in the nominations. So the real fight was between Sohail, Monal, and Mehboob. As Akhil is not in the nominations, his votes seemed to have diverted to Monal and that saved her. With this, the bottom two turned out to be two thick friends. Sohail recently getting good footage in the show. Moreover, his childlike nature is connected to the audience. His Singareni card also improved his voting further. All this made Mehboob leave the house although he is a strong contestant than the housemates like Monal and Sohail.

Sohail and Mehboob: The best friends of the Bigg Boss Telugu

Sohail was seen uncontrollable when it is announced that Mehboob is leaving the house. They both were very good friends in the house. They don’t have any thick friends among girls. So they were moving together in every task. They both sacrificed for each other many times. In fact, they were in unison on every debate. Probably these two are the best friends of Bigg boss Telugu till now.

But this will indirectly help Sohail:

But It looks like Sohail will be indirectly benefitted from this move, as far as the game is concerned. In Bigg boss, there is a theme of shared voting. With Mehboob leaving the house, his voting will be undoubtedly shifted to Sohail and it will be no wonder if Sohail lands up in finals.

We need to wait and see how will be the game in the next episodes in this season.