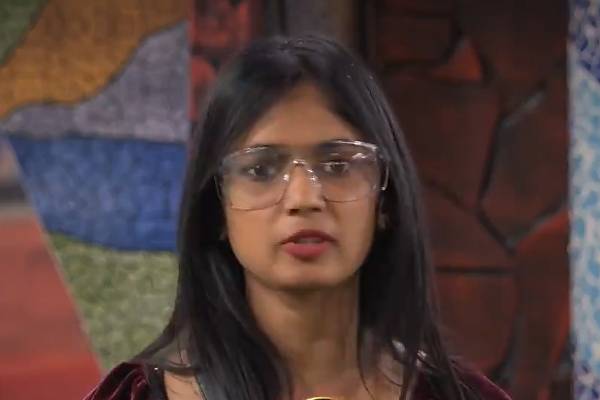 Ariyana was nominated by almost everyone:

Except Avinash, almost each and every housemate nominated Ariyana. It seems getting the captaincy, as predicted earlier, was a bane to her. They all pointed out her dictatorial behaviour during her captaincy. It seems Ariyana and Avinash are being sidelined by other housemates nowadays. As Avinash is having immunity this week, housemates could not target him. She got 7 votes. She was later seen feeling pain on her head, as all those who nominated her broke bottle on her head. We need to see whether the audience sympathize with her for being targeted by the others or the audience also target her.

Housemates get confused to nominate:

As most of the housemates left the house already and those who are continuing have already become friends, they are finding it difficult to nominate, especially the second person. Sohail took lot of time to decide on second nomination. Each of them nominated blindly Ariyana but were hesitating to take the name for second nomination.

Akhil and Abhijeet were 2 strong contestants in house this season. Actually at the beginning of the season nobody knows Akhil. The initial focus was on Abhijeet and Monal as they were hero and heroines in the film industry. But Akhil got recognition by flirting with Monal. At the same time Bigg boss makers projected it as a triangle between Monal, Akhil and Abhijeet. At some point of time they both were fighting vigorously during the nominations. But as the time passed, Akhil realised that flirting with Monal alone cannot help him to be saved in the game. He himself offered compromise with Abhijeet and later Abhijit also became his friend.

While nominating, Abhijeet initially nominated Ariyana but while nominating the second person he told, he is unable to decide upon . He clearly stated that Akhil also became his friend and so he is not nominating him. But when his turn came, Akhil nominated Abhijeet by citing some silly reasons, which shocked Abhijeet. Abhijeet condemned the way Akhil nominated him for silly reason. Akhil, after nomination process is over, came to Abhijeet, gave him a chocolate and tried to placate him.

Except Avinash, Lasya and Akhil, all other housemates are nominated this week.