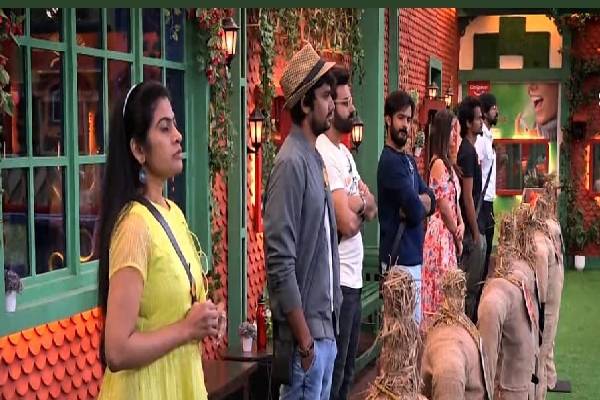 The upcoming nominations episode of ‘Bigg Boss Telugu 5’ is to be telecast on Monday and with Anee’s exit, the housemates seem to have become even more tense.

Each passing day on the show has been a tough nut to crack, as the contestants seem to be exhausted with non-stop tasks.

The latest promos by ‘Bigg Boss Telugu 5’ makers seem to be full of drama, as Monday’s episode is to bring in intense gaming and the nomination process, like always. One of the promos hints at a verbal war between Sree Rama Chandra and Kajal, while Sunny interferes. Siri and Priyanka also seem to have a clash, going by the promo.

The makers have set up pots, with each contestant’s name on them. The inmates must nominate two of the house members. The pots with the nominated contestants are to be broken by the one who nominates.

As per the reports, all of the contestants except the captain are to get nominated in the coming episode. Manas, who is the captain of the house, has immunity against nominations and hence is safe for the week. Sunny, Kajal, Siri, Shanmukh, Priyanka, Ravi, and Sree Rama Chandra are going to be in the nominations for the upcoming elimination process.

Going by the social media trends and voting patterns, RJ Kajal has got a grip over the voting, while Ravi and Sree Rama Chandra fail to appeal to the Telugu audience. VJ Sunny, Manas, and Shanmukh are doing well, as the trends are in their favour.

Siri and Priyanka have a lesser impact on the game, and they are likely to be in the danger zone this week.