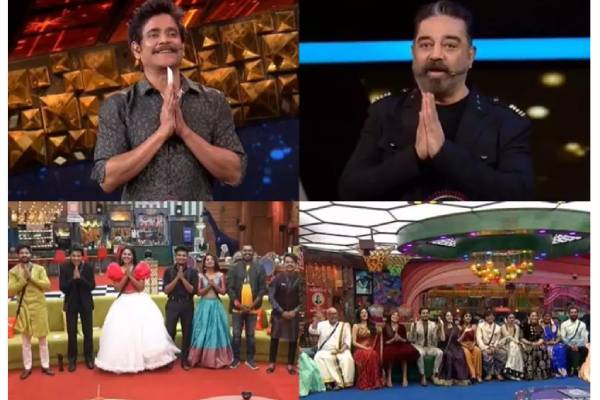 Bigg boss season 4 is going on like a bumpy ride nowadays. Some espides are good but some are pale. Most of the netizens are accusing the arbitrariness of Bigg boss makers in the eliminations, saving some contestants and showing bias by giving opportunities to only selected few.

Nagarjuna asked each of the housemates to tell who, in their opinion, is a shining light and who the fading light in this house is.

Today is the birthday of Kamal Hassan, the host of Bigg boss Tamil. So, makers of the show tried some innovation by engaging both the shows on the same screen. While Bigg boss Tamil is going on Nagarjuna from Bigg boss Telugu connected with him and the housemates of the both houses were introduced to each other.