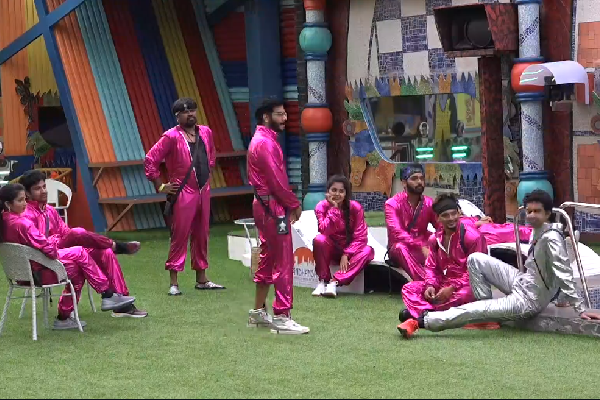 Bigg boss season 4 is going on with great ratings as of now. The audience got accustomed to the show despite the fact that many of the contestants are initially not known to them. Tuesday is the day of the luxury budget task in Bigg boss house.

The task of robots vs humans:

Today Bigg boss divided the entire house into two teams, one of humans and the other of the robots. There will be a silver egg and it represents the life of a robot. The humans team has to kill the robots by breaking the eggs. Robots can protect the egg. If the humans can kill all the robots, they will win. Evenif one robot survives, robots team will win.

There is some interdependency between the teams. All facilities of the house like washroom, kitchen etc will be in control of robots. But robots cant charge themselves. Humans have to give charging. if no charging is done, robot will die automatically. On the other hand, humans cant access kitchen, wash rooms etc. If they need food or want to access washrooms, they need to charge robots.

Both the teams have put full efforts. Human broke the egg and killed Devi. Later humans team resisted bio-needs to ensure robots die because of lack of charging. Humans team covered cameras and used clothes to prepare sort of wash room and used it to relieve themselves. But Bigg boss gave warning not to cover cameras. Later, robots requested them for charging but humans did not agree. Robots team almost lost the hope of surviving. Ariyana wanted to try something instead of sitting idle while running out of charging but was discouraged by Abhijit. Harika also observed the something and said humans team carried with them polythene covers to relieve themselves, if it is pressing and as they are stooping down to that level, it is impossible to get charging from them.

The game will be continued tomorrow. The catch in the game is , only the contestant from winning team will be eligible to contend for captaincy this week. The task will continue tomorrow too.