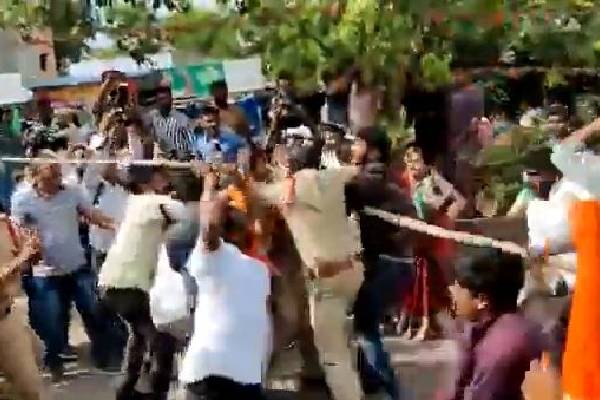 BJP and Congress workers clashed in Hanamkonda town of Telangana on Friday, resulting in injuries to few persons.

The incident occurred when Congress workers staged a protest against the Central government’s recently announced scheme Agnipath for Army recruitments.

When the protesters reached near the BJP office and staged a dharna, workers of the saffron party raised an objection. This led to an argument between the sides. Soon this snowballed into a clash and both sides attacked each other.

BJP workers attacked the vehicles of Congress leaders. The incident triggered tension in the area. Police intervened to control the situation, and undertook a baton charge to disperse the clashing groups.