Switch to: తెలుగు
Home Politics Brace Yourself For The Entry Of Godfather! 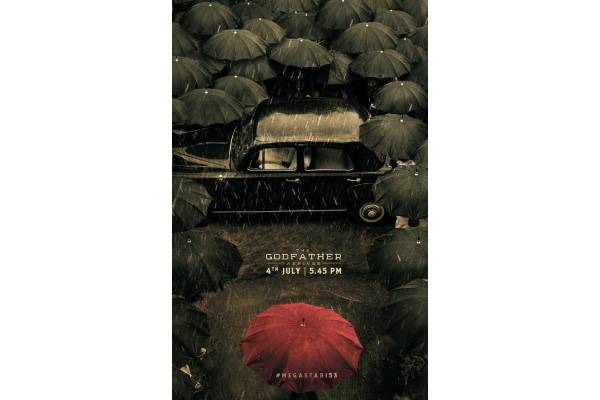 Megastar Chiranjeevi’s upcoming film Godfather’s grand entry will be on 4th of this month. So, brace yourselves to witness something astonishing. Yes, the first look of Godfather will be revealed on the aforesaid date.

The announcement poster is dark themed with people waiting for the Godfather to come out from the car. Everyone is seen carrying umbrellas, since it’s raining.

Godfather is a mass action entertainer laced with political elements. Mohan Raja is directing the movie that marks Tollywood debut of Salman Khan who will be seen in a mighty role. Nayanthara will be seen as Chiranjeevi’s sister in the movie that is official remake of Lucifer.

Bankrolled jointly by Konidela Production Company and Super Good Films, the movie is getting ready for release.