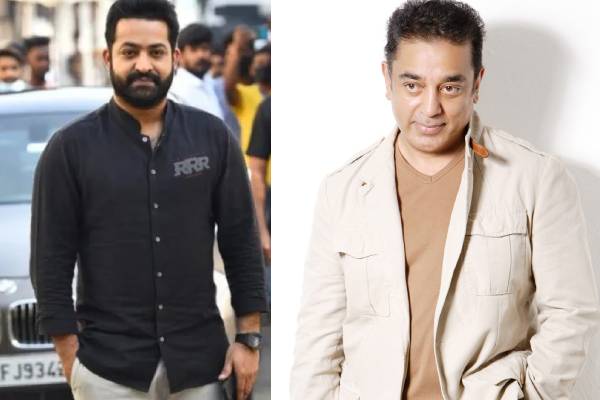 After the super success of KGF: Chapter 2, Prashanth Neel is in demand. He has a commitment for NTR and the project is announced recently. The shoot commences next year and Mythri Movie Makers will bankroll this prestigious project. As per the big update we hear, Padmashri Kamal Haasan has been approached by the team to essay the role of the lead antagonist. Prashanth Neel knows the best to present an actor on screen and KGF: Chapter 2 had a series of renowned actors and Prashanth Neel made good use of their potential.

Kamal Haasan is one actor who is always a frontrunner to experiment and essay unique roles. He also essayed the roles with negative shades in the past. The discussion is currently in the initial stages and the final call would be taken by Kamal Haasan soon. The veteran actor may not have any objection to sign the project as it is one of the craziest Indian films.

Prashanth Neel is also working on the script and the shoot commences next year once NTR is done with Koratala Siva’s film. Meanwhile, Prashanth Neel will complete Salaar featuring Prabhas.