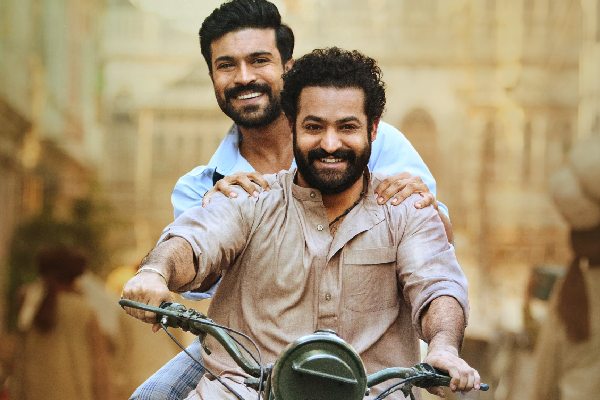 SS Rajamouli amazed the nation with his promotional strategy of RRR. Rajamouli along with NTR, Ram Charan are busy with the Bollywood promotions. A grand event took place in Mumbai and it would be telecasted at a later date. As per the ongoing buzz, a grand pre-release event of RRR is planned in Hyderabad and the date is yet to be announced. If the latest speculations are to be believed, Megastar Chiranjeevi and Nandamuri Balakrishna will grace the pre-release event as special guests for the grand event.

This would be a real feast for the fans and the Tollywood audience if it is true. RRR is gearing up for January 7th 2022 release and multiple events are planned across the country. NTR, Ram Charan, Alia Bhatt and Olivia Morris are the lead actors in this high voltage action entertainer that is bankrolled by DVV Entertainment. RRR will have its release in Hindi, Telugu, Tamil, Kannada and Malayalam languages.