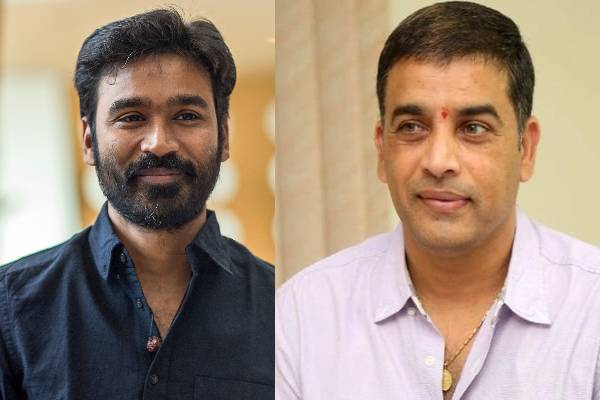 Top producer Dil Raju is producing more than half a dozen films currently. He is producing Vijay’s next film which is directed by Vamshi Paidipally. Popular Tamil actor Dhanush has signed two back-to-back films in Telugu and he is keen to sign more Telugu projects which will release in Telugu and Tamil simultaneously. The latest update says that top Tollywood producer Dil Raju is holding talks with Dhanush for a film.

Dhanush agreed to sign the film if he loves the script. Dhanush is shooting for Sir in Hyderabad and he will soon join the sets of Sekhar Kammula’s next film. Dil Raju is keen to lock Dhanush’s project soon and he is discussing the same with a couple of directors. Dhanush is also signing Tamil films and Hindi projects apart from his current Telugu movies.