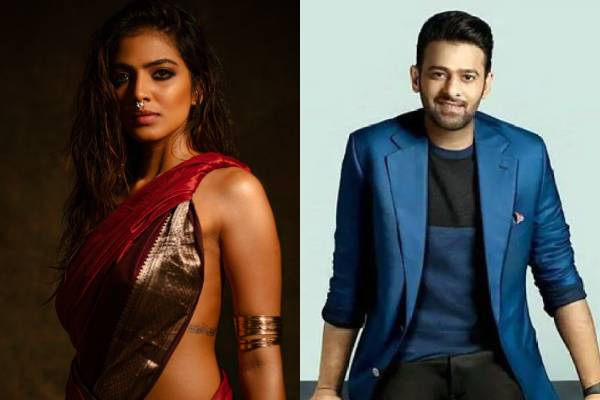 Rebelstar Prabhas is lined up with several projects. He signed an entertainer for Maruthi and the film will commence shoot in summer. A major portion of the shoot will take place in a special set and the film is tentatively titled Raja Deluxe. The film will have three leading ladies as per the update and there are speculations that Pelli SandaD fame Sree Leela is picked up as one of the leading ladies in this entertainer. As per the update, Malavika Mohanan is roped in as the other heroine.

Malavika was last seen in Vijay’s Master and she completed the shoot of Dhanush’s Maaran. Malavika has been keen to make her Tollywood debut for some time and her first Telugu film would be Prabhas’ Raja Deluxe. The makers are currently finalizing the third heroine. There are talks that a star actress will be roped in for the role and she may be a Bollywood actress. DVV Danayya will produce this pan-Indian film and Raja Deluxe is expected to release early next year.