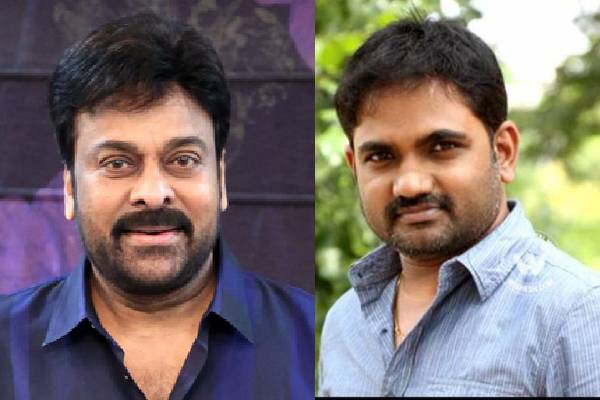 Megastar Chiranjeevi turned a signing spree and he gave his nod for a bunch of young directors in the recent months. As per the update we hear, Megastar gave his formal nod to a young and talented writer, director Maruthi after the latter narrated an interesting script. Maruthi has been in plans to work with Chiranjeevi for a long time and he penned couple of interesting scripts considering Megastar. Maruthi recently met Chiranjeevi and impressed him with a script.

Maruthi even narrated the script to Mega producer Allu Aravind and took his feedback before meeting Chiranjeevi. Allu Aravind has been in plans to produce a project with Megastar and if things go as per the plan, Megastar and Maruthi’s film will be bankrolled by Geetha Arts. More details about the film will be announced soon. Chiranjeevi is busy completing Acharya and he will commence the shoot of Lucifer remake this month. He has films lined up with Meher Ramesh and Bobby which will commence shoot soon. Maruthi’s film may commence shoot soon after Chiranjeevi is done with the shoots of his current projects.