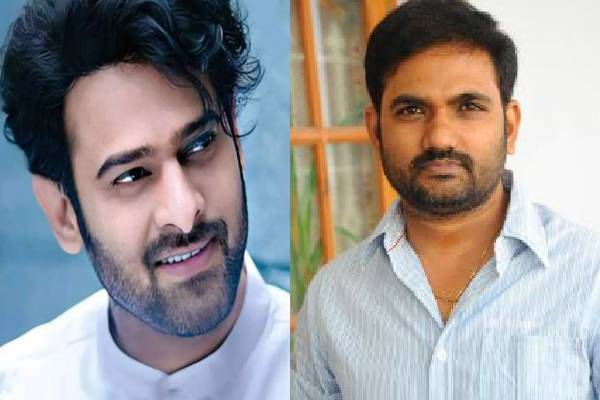 Rebelstar Prabhas has a strong lineup of films and he is juggling between the sets to complete his current projects. He signed a series of pan-Indian projects which are slated for release in the coming years. The latest speculation is that Prabhas and talented director Maruthi are all set to team up soon. Prabhas is committed to DVV Danayya for a film and the top producer has been on a hunt for the right director. The meeting between Maruthi and Danayya took place recently.

Maruthi penned an entertainer considering Prabhas and the discussions are on. Maruthi has to meet Prabhas and narrate the script and the top actor has to take the final call. Raja Deluxe is the title speculated for the project. Maruthi is known to complete shoots in quick schedules and Prabhas may vote for him if he gets impressed with the script. For now, Prabhas is done with Radhe Shyam and Adipurush which will release soon. He is shooting for Salaar and Project K. He also signed Spirit in the direction of Sandeep Vanga.