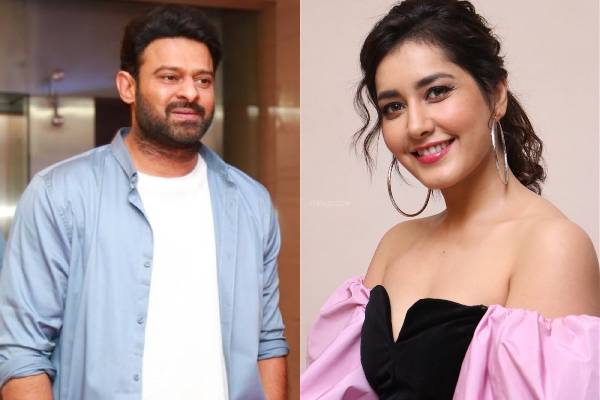 Young Rebelstar Prabhas is lined up with a series of pan-Indian projects. The actor is shooting for Adipurush and Salaar simultaneously. Prabhas is keen to complete both these projects simultaneously before the end of this year. Prabhas signed a sci-fi thriller in the direction of Nag Ashwin and the project will start rolling during the end of this year or early next year. Deepika Padukone is picked up as the leading lady and Big B Amitabh Bachchan has a crucial role assigned.

The latest news is that bubbly girl Rashi Khanna is in talks to play a pivotal role in this untitled film. A meeting is planned soon after which Rashi Khanna will take a call. Nag Ashwin is also finalizing several actors from Tamil and Malayalam film industries for crucial roles. Mickey J Meyer composes the music and Vyjayanthi Movies are the producers. This big-budget film will have its theatrical release at the end of 2023.