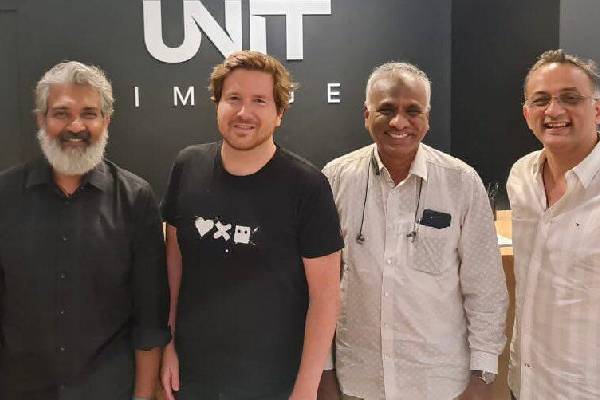 Top director SS Rajamouli impressed the international audience with the Baahubali franchise and RRR. For RRR, the reception was wide and RRR is the most-watched non-English film around the globe this year. Rajamouli started working on the script of his next film that features Mahesh Babu in the lead role. There are a lot of speculations about the film’s genre which is kept under wraps. As per the update, Rajamouli traveled abroad recently to meet a couple of international studios for collaboration.

Rajamouli received an invitation from these studios to discuss about collaboration for his upcoming projects. For now, nothing has been finalized and the talks are on. SS Rajamouli has plans of directing a mythological drama which is his dream project. He wants the film to be made on international standards and he needs to collaborate with a top Hollywood production house. Rajamouli is expected to take a call about collaborating on Mahesh Babu’s film soon. For now, KL Narayana will produce this film which commences shoot next year.