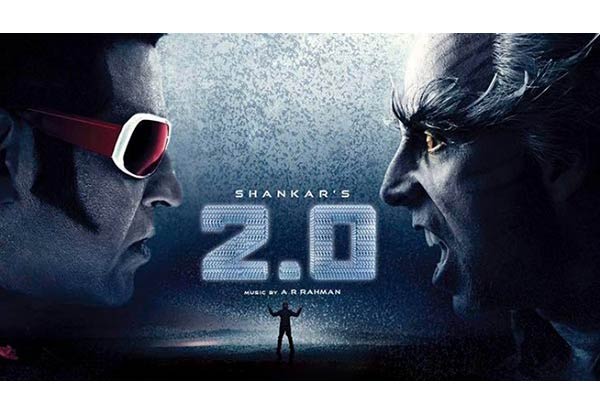 India’s biggest hit ‘Baahubali 2’ has undoubtedly set very high standards for upcoming films in terms of box office collections. Especially in overseas, the visual extravaganza has emerged as a huge blockbuster by collecting more than $ 20 M, which is an unprecedented box office record for Indian films.

If there is ever a South Indian Indian film that has a chance to go closer or outdo Baahubali 2 run in overseas, then it should definitely be Rajinikanth’s highly anticipated science fiction thriller 2.0 which is the sequel to the 2010 smash hit Robot. Most expensive Indian film ever, 2.0 has a chance to break the box office records of Baahubali 2 in overseas if it manages to garner good talk.

Baahubali 2 was such a huge hit because Hindi audience lapped up the film big time more than the South audience. So, Rajinikanth’s unparalleled popularity and the craze for Shankar’s films among Hindi audience in overseas will be an added advantage for the 2.0 to set new benchmarks at the box office there. If Hindi audience embraces the film well, it has a good chance to surpass Baahubali 2 collections in overseas.

2.0 is being shot as a 3D film and the recently released making video has hinted that the film will be high on technical standards with eye popping visuals.

The film is getting ready to hit the screens in January next year. Let’s see if 2.0 can outshine Baahubali 2 at the overseas box office or not.