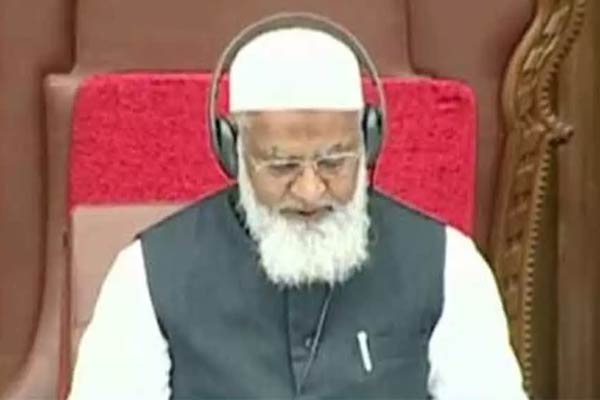 Amaravati Capital City farmers, who sacrificed their lands for Capital construction, are overjoyed over the temporary relief from the immediate threat of Capital shifting to Visakhapatnam. They did ‘ksheerabhishekam’ to the photos of Legislative Council Chairman Sharif for his honesty which saved AP Capital at a very crucial point. The farmers expressed their indebtedness to Sharif for using his discretionary powers in his capacity as Chairman to refer 3 Capitals Bill to the Select Committee. Ex CM Chandrababu Naidu has said that Sharif’s timely decision reflected his statesmanship and care for the protection of the rights of future generations of AP people.

Amaravati farmers came out as usual and took part in the anti-Capital shifting agitation protests in Tullur, Mandadam, Velagapudi, Krishnayapalem, Navuluru, Nidamarru and other Capital villages. Their protests are running in seventh week. The farmers, women and youth are swearing to continue their fight till the government withdraws its 3 Capitals plan completely.

Meanwhile, YCP Ministers are boldly saying that Capital shifting will not be reversed under any circumstances. They are considering to nullify Council Chairman decision by passing a resolution in the Assembly. But it has to be verified whether such steps would go against the legislature laws.