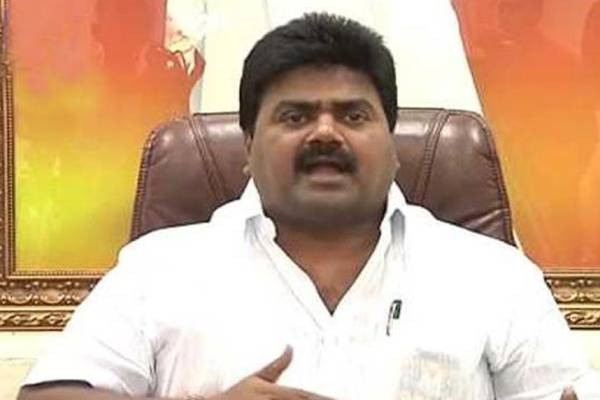 Political temperatures went up to a new high in North Coastal Andhra as the police started efforts to arrest TDP former MLA Kuna Ravi Kumar. A case was filed against him at the Ponduru police station in Srikakulam district. The case was registered based on a complaint given by transferred Tahsildar Rama Krishna saying that the ex MLA has threatened him on phone. The tahsildar alleged that Ravi Kumar used foul and filthy language against him.

The Ponduru police went to the residence of ex MLA in Srikakulam but he was not available at that time. His family members complained that the police had created nuisance at their house. Kuna family has been closely related to Assembly Speaker Tammineni Sitaram. Both Ravi Kumar and Sitaram have been arch rivals hurling serious allegations against each other.

Kuna has become the target of the ruling party after he started launching counter attacks against the Jaganmohan Reddy regime. He is playing crucial role in TDP’s struggles and agitations against the ruling party on sand mining, welfare benefits distributions and so on in North Coastal Andhra these days.