The first single ‘No Pelli’ from Sai Dharam Tej’s upcoming movie Solo Brathuke So Better is out today and it sounds fresh with catchy lyrics. The song is shot in the nights in a small marriage setup which explains the problems after the wedding. Varun Tej and Rana Daggubati surprise the audience in cameos in this refreshing number. Sai Tej looks energetic as usual and Nabha Natesh sizzles in the glimpses.

On the whole, the first single ‘No Pelli’ is an impressive number that is composed by Thaman. Solo Brathuke So Better is in the final stages of shoot and will be completed soon. Subbu is making his directorial debut and the film is aimed for release this year. BVSN Prasad is producing this youthful entertainer. After completing this film, Sai Tej will join the sets of Deva Katta’s next film. 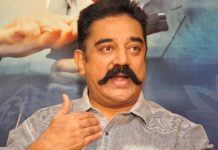