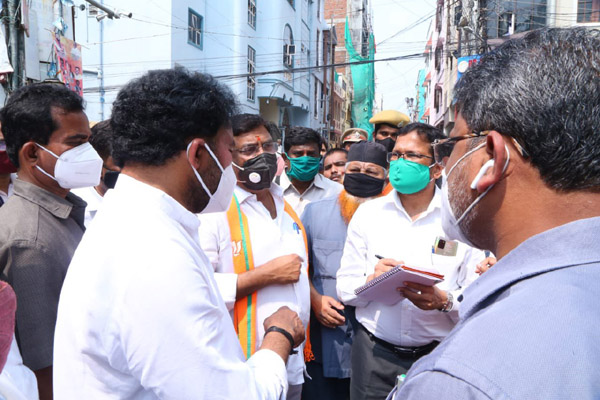 Kishan Reddy said the Centre is closely monitoring the situation in Telangana and Andhra Pradesh in the wake of heavy rainfall. He said the central government is committed to provide all possible assistance to the people of both the states in this hour of need.

Kishan Reddy also said a five-member inter-ministerial team sent by the Centre to assess the damage caused by the floods in Telangana the state government officials on Thursday.

The team, led by Joint Secretary Praveen Vashista, met Chief Secretary Somesh Kumar at the state Secretariat and discussed the flood situation and relief measures in the state.

Somesh Kumar informed the Central team that the state government has taken all measures to minimise loss of lives and property arising out of the recent floods.

The state officials informed the Central team that Rs 8,633 crore worth crop lost due to flash floods and infra loss was pegged at Rs 222 crore.

The central team spoke to residents of Hyderabad who were severely hit by the rains. The five member team led by Joint Secretary in the Home Ministry Praveen Vashista visited several inundated colonies, inspected houses, while two members went to Siddipet district to assess the crop and other damage caused by rains.

The team first visited the road over bridge damaged in the Chandrayangutta-Falaknuma area and the nearby localities inundated by flood.