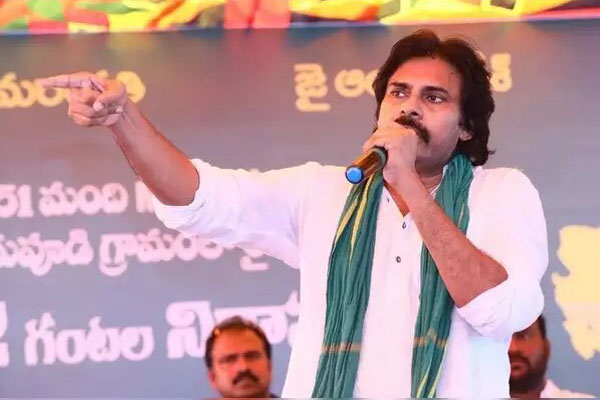 Janata Senani Pawan Kalyan visited Amaravati Capital villages today when he tried hard to convince the farmers about the Modi government’s unofficial disapproval of the AP Capital shifting. Pawan said that after talking to BJP top leaders, he found out that Modi-Shah duo wouldn’t usually accept disruptive policy reversals of any sort as such things would have disastrous consequences on the people. This was why Modi Circar continued and even strengthened Aadhar identification project though it was started by Congress-led UPA. Aadhar has now become a huge success with the people.

Expressing confidence in Amaravati continuation, Pawan said that the Centre is of the opinion that CM Jagan is wrongfully changing Capital though this significant decision was already taken by the first government of the state concerned in 2015. Jagan cannot disrupt the process of governance at this stage. The Centre may have no role to play in deciding Capital of a state but it can interfere at an appropriate time if an already chosen Capital is being shifted.

This time, Senani faced questions from farmers on BJP-Jana Sena agreement. He clarified that there are no any such agreements and Jagan Sena would continue to support Amaravati agitation till the end.