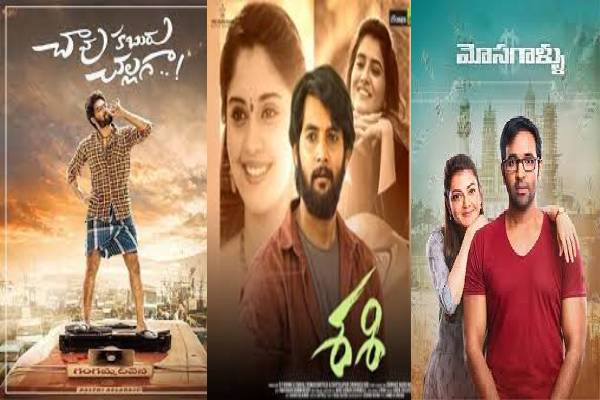 Chaavu Kaburu Challaga has gotten the highest number of theatres with considerable stakes involved. Theatrical rights of the film in the Telugu States are valued at 12 Cr. Hero Karthikeya’s RX100 has collected 11.60 Cr in its full run and this film needs to better that. Advances are very low for the film. The film needs to get a good wom considering the costs involved.

Aadi’s Sashi is sold for very reasonable prices all over. The film has got some buzz because of the “Okey Oka Lokam” song which was a huge hit. Theatrical rights of the film are valued at 2.5 Cr. Advances are almost nill for the film but it has some chances to recover the costs if it gets a good wom.

Manchu Vishnu’s Mosagallu is going for an own release. There are no buyers for the film which is obvious considering the market of the hero. Going by the markers, the film has to collect 20cr distributor share.