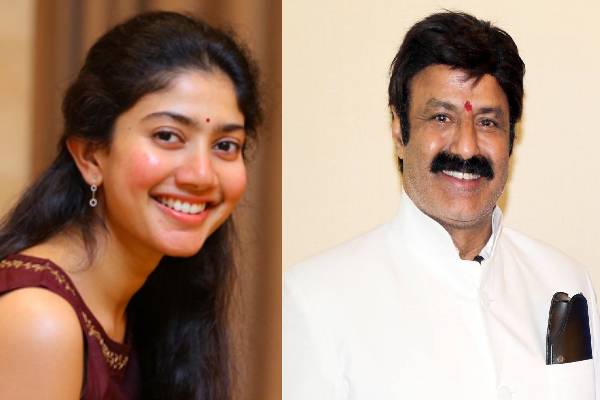 If everything goes as per the plan, Tollywood audience will have a chance to witness the combination of Nandamuri Balakrishna and Sai Pallavi very soon. The duo is expected to play a father and daughter in a revenge drama. A young director narrated an interesting script to Balayya and the veteran actor was extremely convinced. There is a requirement for a star actress to play the role of Balayya’s daughter.

The director is yet to approach Sai Pallavi for the role soon and the top actress is the first consideration for now. The film is said to be based on a mind game and is a revenge drama. A senior actress will be seen as Balakrishna’s wife in this film. Going with the update, the project starts rolling next year. Balakrishna is busy with Boyapati Srinu’s action entertainer and Sai Pallavi is shooting for Nani’s Shyam Singha Roy. More details awaited.