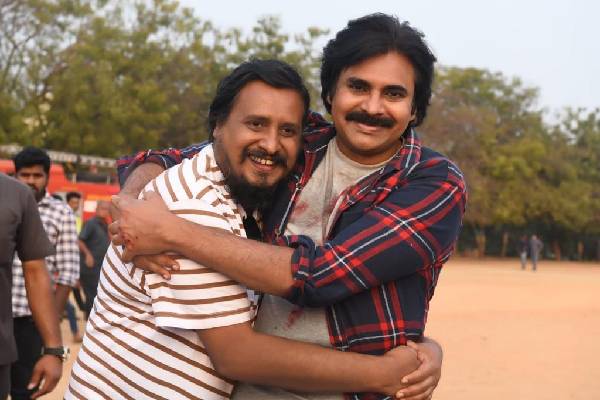 Sriram Venu has been in Tollywood as a director for a decade but he has done only two films. After his first film Oh My Friend ended up as a disappointment, he took a long gap and finally signed Nani’s MCA. The film ended up as the biggest hit in Nani’s career and still holds the record. Sriram Venu bagged an opportunity to remake Bollywood film Pink with Powerstar Pawan Kalyan. Sriram Venu who also happens to be a writer adapted the script in style considering Pawan Kalyan’s craze and charisma.

All the three released singles of Vakeel Saab impressed the audience and Pawan fans big time. The teaser hinted that Vakeel Saab is a commercial package and a treat for Pawan’s fans. After the release of third single, Pawan’s fans kept heaping praises on Sriram Venu. Hundreds of memes are being circulated across Twitter and Facebook. Sriram Venu is lauded for presenting Pawan Kalyan in new shades and bringing a commercial face for the remake of Pink. The expectations are huge on Vakeel Saab and the film is gearing up for April 9th release. The theatrical and non-theatrical deals fetched record prices for the makers. Dil Raju and Boney Kapoor bankrolled Vakeel Saab.