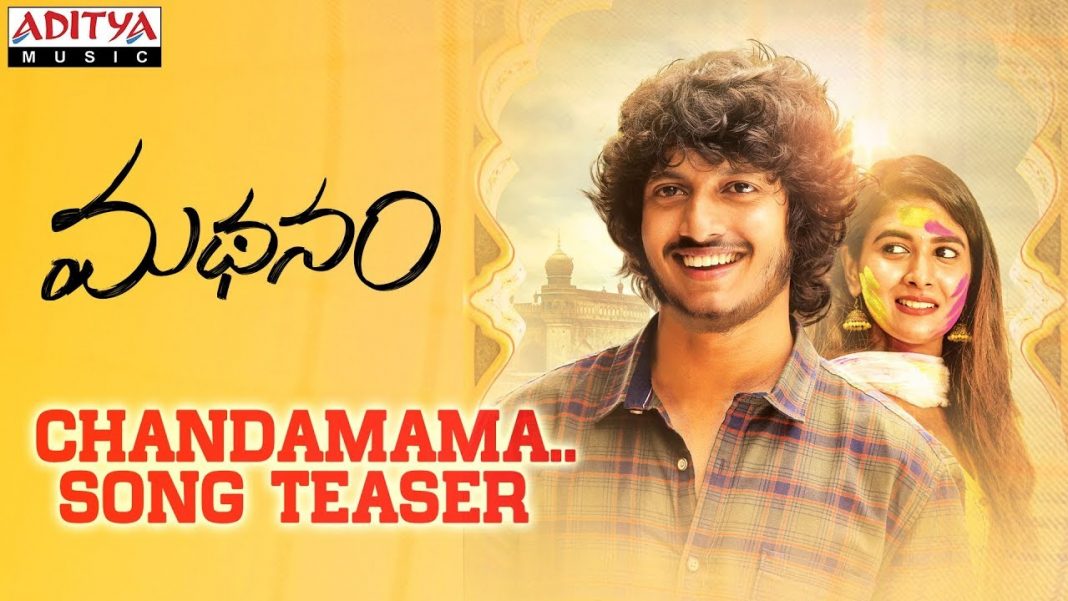 The trailer of a small film Madhanam has been unveiled by top director Surendar Reddy and it received a decent response. The video teaser of Chandama song has been out and it reveals the pain of a heartbroken youngster. Srinivas Sayee and Bhavana Rao are the lead actors and the teaser looks decent with a melodious number. The lyrics reveal the pain of the lead actor in the song.

Srinivas Sayee has been decent in his role. Bhavana Rao shines and looks beautiful. Ron Ethan Yohann composed the music and Madhanam is directed by Ajay Sai Manikandan. The film is slated for release soon. Kasi Productions bankrolled Madhanam.