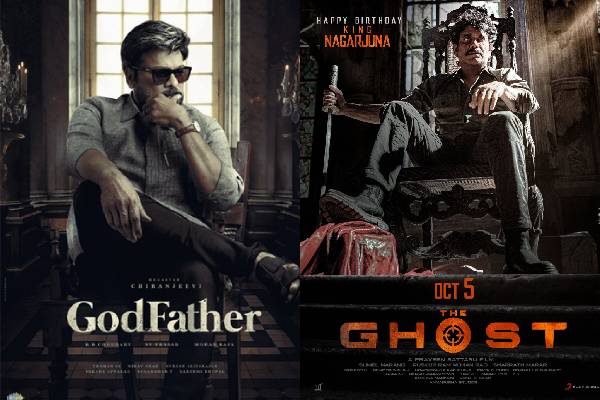 The young and talented actors are dominating Telugu cinema. Content-driven films are making big money and the audience are not much bothered about the stars. Veteran actors like Chiranjeevi, Balakrishna, Nagarjuna and Venkatesh are struggling to find the right scripts. They also have very few options left when it comes to heroines. Chiranjeevi and Nagarjuna are heading to test their luck with their respective films God Father and The Ghost. Both these films will release on October 5th and the expectations are quite low. Both these films will open on a decent note and will take the advantage of Dasara holiday season.

But both Chiranjeevi and Nagarjuna are lagging behind by miles when it comes to promoting their films. Right from the promotional content to the campaigns and the interviews, the stars are not seen anywhere. The makers of these films planned grand pre-release events but these will not bring any buzz for the films. Chiranjeevi and Nagarjuna will have to step out and promote their films through interviews and other aggressive promotional campaigns. The content of the film should be promoted in an innovative manner. But no such efforts are kept. Several stars are now heading out and are promoting their films to generate buzz and impress the audience.

Stars like Chiranjeevi and Nagarjuna should now promote God Father and The Ghost in the next ten days. The makers of these films are releasing the films on their own.