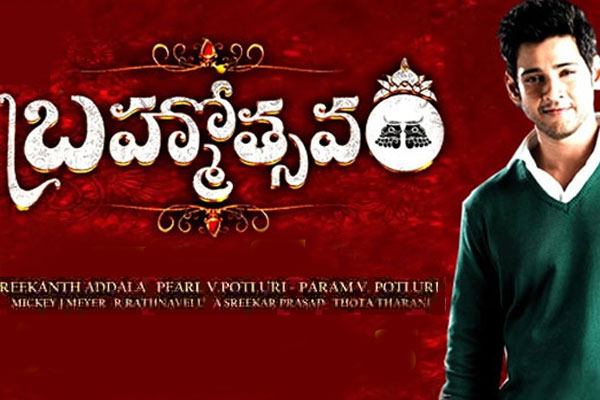 Brahmotsavam is a Complete Family drama film written and directed by Srikanth Addala which is simultaneously being shot in Telugu and Tamil languages.

The film was considered to be a film glorifying Mahesh’s on screen image as a lovable boy and a responsible son.

“There would be beauty and happiness if some people are together. If there is a family with many members and if they celebrate every moment like a Utsavam, it is a Brahmotsavam.”

Brahmotsavam is all about family values and celebrating traditions.

Superstar Mahesh is going to enthrall his fans and audience with his SUPERB IMPECCABLE Performance.

SuperStar Mahesh babu is the Undisputed King of Overseas with 5 ONE MILLION Dollar Movies.

Cinematography by R.Ratnavelu who is known for Rich visuals will give the audience a different experience.

Music by Micky J Meyer is going to be one of the major highlights.

PVP Production house which is know for uncompromised film making is making all efforts to make this movie a memorable Visual Extravaganza.

Brahmotsavam is scheduled to release in May 2016.