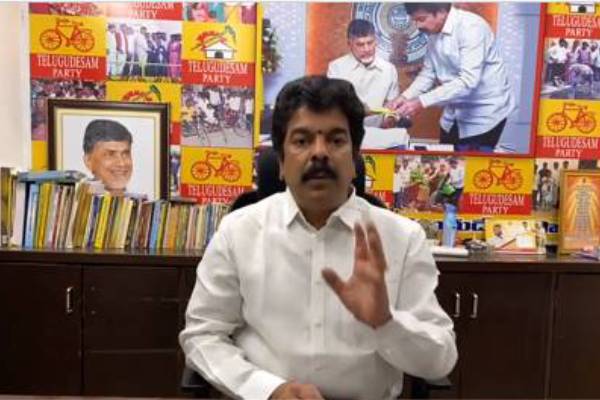 Has Chief Minister YS Jaganmohan Reddy held talks and reached a deal with a South Korean company on the privatisation of the multi-crore Visakha Steel Plant? There are reports that CM Jagan struck a deal with Posco Managing Director at his Tadepalli residence on October 29, 2019 itself. When the photos of this appeared in the media, the steel plant unions had expressed their resentment at that time itself.

If that was the case, how is that the CM has now written a letter to the Prime Minister to roll back the privatisation drive? The TDP says the Chief Minister is clearly telling all lies in this respect. Former MLA Bonda Uma says that this is clearly one more quid pro quo deal that is aimed at giving the Rs. 2 lakh Cr worth Visakha Steel to the South Korean company at just Rs. 5,000 Cr.

Mr. Uma said that the YCP collusion was evident by the fact that its 28 MPs did not utter a single word against the Vizag Steel privatisation when it was announced in the Parliament. They were all there in Delhi only to promote their selfish financial interests and to grab assets and industries in AP but not to protect the interests of the State. MP Vijaya Sai Reddy has been playing a dubious role in destroying the steel plant also. The CM and his MPs have prepared ground to loot the special economic zones (SEZs), prominent clubs and ports in the State. They have set their sights on Waltair Club, Film Nagar Club, Bay Park, etc in Vizag. Now, they were not even sparing the Visakha Steel which was regarded as the pride of Andhra. The YCP leaders have already grabbed the Kakinada SEZ, Kakinada Port, Krishnapatnam Port, Bandar Port and such huge assets.