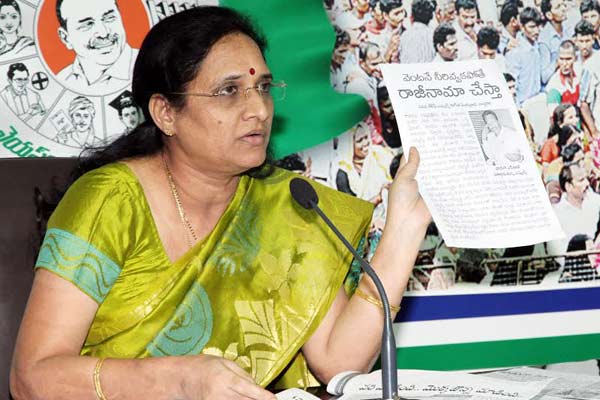 In wake of the spate of suicides by farmers, YSR Congress has demanded the TDP Government to declare all mandals as drought hit and waiver agriculture loans in toto. ‘The deficit rainfall during the sowing season was 54 % and the late monsoon has scaled down the figure but the farmers are in distress and drought conditions are prevailing in the State,’ party spokesperson Vasireddy Padma told reporters here on Friday.

Four more farmers have committed suicide in Andhra Pradesh yesterday and the drought conditions prevailing in the State are pushing them to many hardships. The State announcing that the deficit rainfall is only 6 % does not reflect the true picture as the figure was much higher during the sowing season.

‘Unless all mandals are declared as drought affected and loans are rescheduled agriculture will be in a bad shape in the State and we demand the government to waive all agriculture loans in one go to save farmers from the present distress,’ she said.