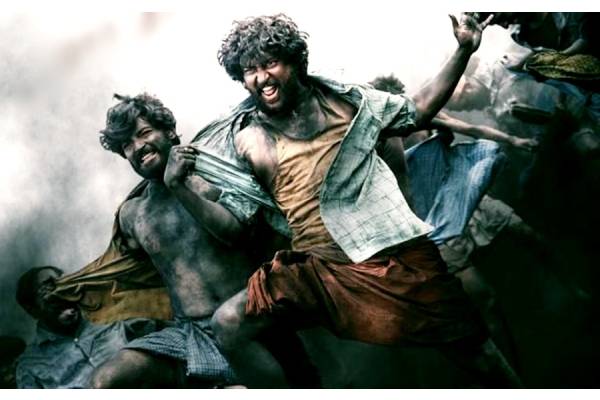 The number starts off as a typical Telangana-style folk song. However, Nani is seen saying that he wants energy levels to be up and therefore, offers a bottle of alcohol to the band. The pace and intensity of the number then increases, making it a foot-tapping street song.

Nani sports a rustic look for his character in the film. There is amazing synchronisation between Nani and the other dancers who dance with him. The batch kicks up the dust in the coal mines with their amazing and dynamic dance moves.

Santhosh Narayan has scored this song, which rises on the strength of the percussion used. Rahul Sipligunj, Palamuru Jangireddy, Narsamma, Gotte Kanakavva and Gannora Dasa Laxmi have sung the number, which has been penned by Kasarla Shyam in typical Telangana style.

Srikanth Odela is debuting as director with the movie being mounted on a large scale by Sudhakar Cherukuri under the banner of Sri Lakshmi Venkateswara Cinemas.

‘Dasara’ is to be released in Telugu, Tamil, Kannada, Malayalam and Hindi languages on March 30, next year.