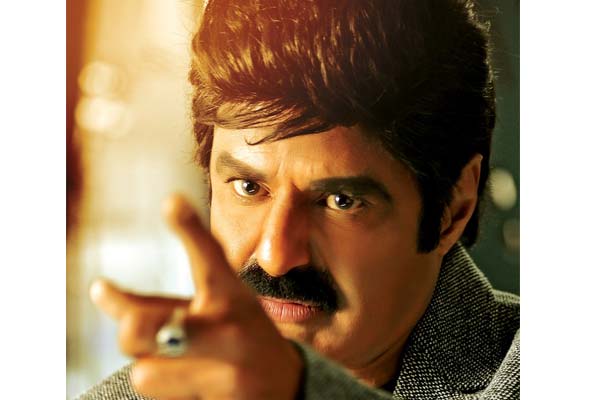 As Dictator surpasses the 1 million view mark, the team is gloating and is on the 7th heaven, not only because of this achievement, but also because of the amazing audience reactions and interactions! The audiences have been immensely been intrigued by just the dialogue promo and the trailer, and have said to be anxious to watch the movie. From it being a musical hit, to the most interesting actors’ line up, the efforts of the director of the movie, Sriwass, are clearly visible. The Nandamuri fans have been creating polls and drawing comparisons between legendary actor NTR and Balakrishna, and are all praises of his performance.

It is surly a known fact that Balakrishna’s stupendous dialogue delivery and acting skills are something that all his fans die for, and this 99th movie of his, is certainly going to be a visual and a musical treat, making Dictator all the more special for him. Director Sriwass is all praises of the actor, and is also extremely pleased with the positive reviews of just the music and the trailer of the movie. This will definitely be another feather in this ace director’s cap.

The leading ladies, Sonal Chauhan and Anjali, who are said to have been remarkable, have hard work and have put in double the efforts, to act opposite the terrific acting of Nandamuri Balakrishna. S.S.Thaman has churned out outstanding music, making this not just a family entertainer, but also a musical bonanza too. From the background score to the groovy music, everything is just in place, making this a wholesome package. From the locales to the dialogues, and songs and the action sequences, Dictator has been the talk of the town ever since the trailer has been released.