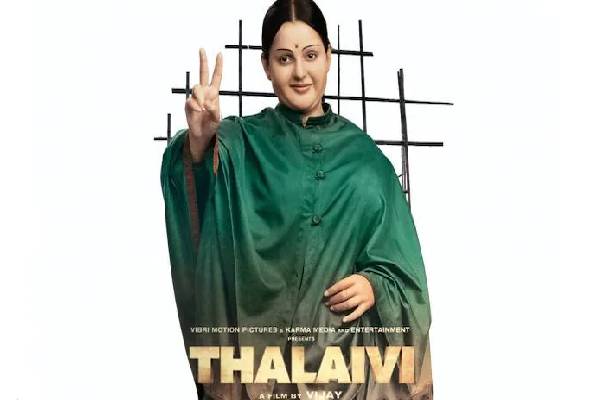 Bollywood top actress Kangana Ranaut will portray the role of Tamil Nadu legendary politician and actress Jayalalithaa on silver screen. The film titled Thalaivii is heading for a theatrical release on Friday in these extreme and harsh conditions in Telugu, Tamil and Hindi languages. Special premieres are screened and the response for the film from the premieres is extremely positive. The situations are not favorable in the North Indian circuits for now. The exhibitors are worried about the two-week window as Thalaivii will stream on Netflix just two weeks after the theatrical release of the film. The digital giant holds the Hindi streaming rights of the film.