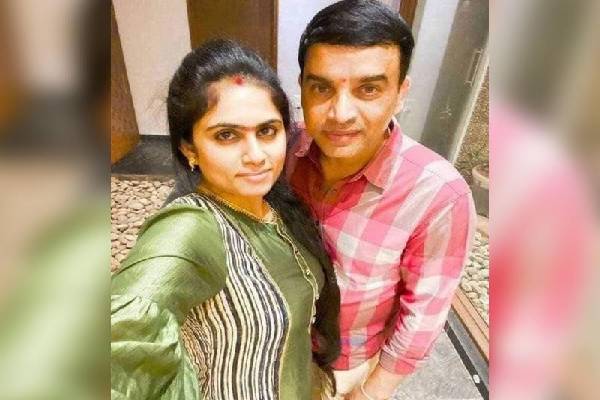 Popular producer Dil Raju surprised everyone after he got married at the age of 49 and he even celebrated his 50th birthday in a grand manner recently. His wife Tejaswini is all set to test her luck in Telugu cinema very soon. It is heard that Tejaswini is busy penning several scripts. Dil Raju recently heard some of them and realized about her talent. His close sources say that one of her scripts will soon be made into a film and will be produced by Dil Raju.

It is also heard that Dil Raju has taken a decision to take the suggestions of his wife Tejaswini in finalizing the scripts for his production house in the near future. It is now clear that Tejaswini will share the work burden of Dil Raju and will help him in finalizing the scripts for Sri Venkateswara Creations in the coming days. Dil Raju produced Pawan Kalyan’s Vakeel Saab that is aimed for summer release. His next production F3 with Venkatesh and Varun Tej will release in August.