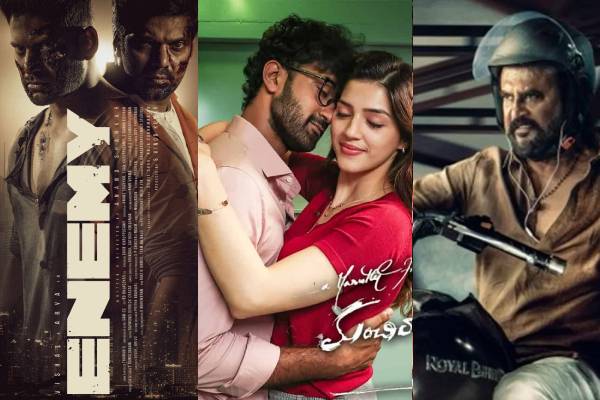 Three films Manchi Rojulochaie, Peddanna and Enemy tested their luck at the Tollywood box-office during this Diwali. All these three films underperformed on the holiday. Manchi Rojulochaie had paid premieres on the night of Wednesday which is a huge risk. Manchi Rojulochaie received poor response from the premiere shows which had a massive impact on the morning show numbers of Diwali. The film reported quite low openings considering the theatrical rights. Rajinikanth’s Peddanna reported the lowest ever opening for a Rajinikanth’s film in the recent times.

The word of mouth has been extremely poor that the footfalls remained low on the Diwali holiday. The poor content and the predictable narration made Peddanna fall flat. Vishal and Arya starter Enemy carried low expectations when compared to the other two releases. The film too failed to impress the audience as Enemy offered nothing new. All the three films reported low numbers on the Diwali holiday and the pre-sales for today are pathetic. All the three releases will end up as disasters this weekend.