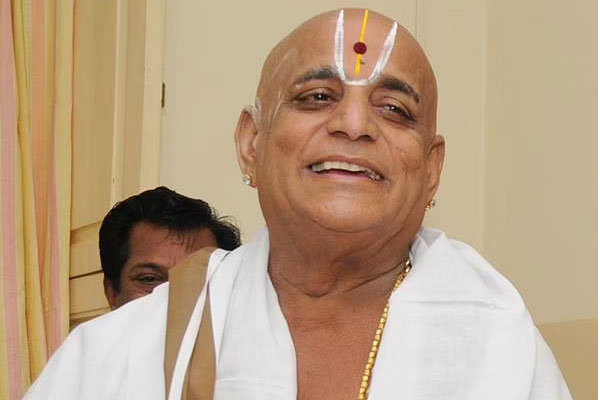 Seshadri, whose name was prefixed with Dollar because of the huge dollar chain that he wears, was in Vizag for Swamy’s Kalyanam and Kartika Deepotsavam there. Last night, he worked very hard to oversee the arrangements for the Kalyanam. After working for hours for the programme, he retired for the night at about 10 pm. Around 4 am, he suffered a cardiac stroke.

He joined the TTD services in 1978 and has been in his service even after his superannuation in 2007. Since then, he has been functioning as an OSD. Though he has suffered several strokes and was frail in health, he insisted on serving the Lord. He has also undergone a kidney transplantation. He was an inalienable part of the TTD rituals and temple administration for the last 43 years. He was a permanent fixture whenever any VIP visited the temple in Tirupati.

He insisted on servicing the lord even when he was ill. During the 80 days of the first wave of Covid, when the temple was closed for devotees, he was in the temple serving the Lord. Even on Saturday, the officials dissuaded him from traveling to Vizag due to his health condition. But, Seshadri said that he would prefer to die while serving the Lord. TTD officials like JEO Dharma Reddy, Srinivasa Raju and Lakshmikantham and several others expressed shock at the sudden demise of Seshadri. Former TTD EO LV Subramanyam too condoled the death of Seshadri.