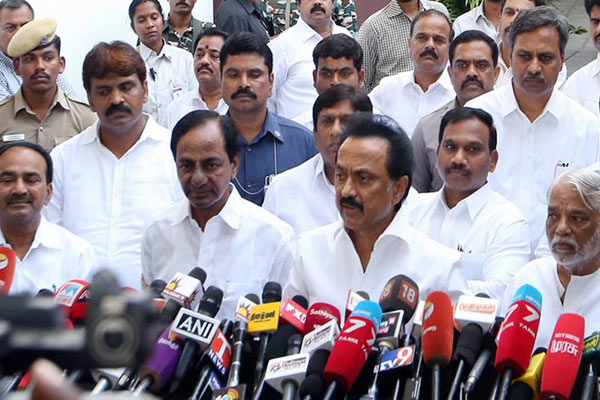 DMK President M.K. Stalin on Tuesday said only after the Lok Sabha election results are declared it will be possible to know if a non-Congress, non-BJP grouping is possible to govern the country.

He reiterated that Telangana Chief Minister K. Chandrasekhar Rao met him on Monday as a mark of courtesy.

Speaking to reporters here, Stalin said he does not know whether a third front would be formed. This will be known only after the election results are declared on May 23.

He said Rao came to Tamil Nadu to visit temples and also wanted to meet him (Stalin).

Stalin said Rao did not meet him in connection with forming a third front.

Rao on Monday had an hour-long meeting with Stalin here but it appeared that his proposal for a non-BJP, non-Congress coalition didn’t have takers.