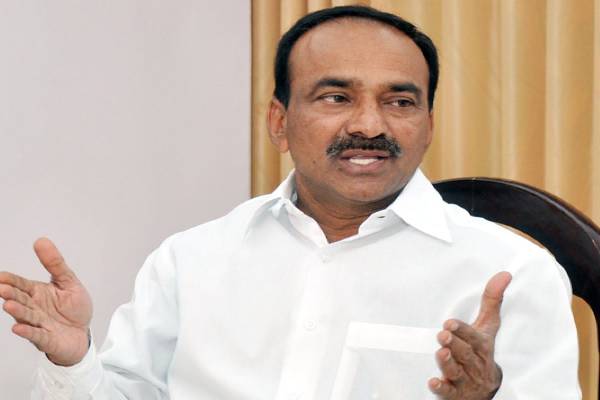 Telangana Governor Tamilisai Soundararajan has issued orders removing the medical and health portfolio from Minister Etela Rajender. The medical and health portfolio is also shifted to the CM now. With this, Etela has become a minister without any portfolio. Now questions are being asked in the political circles of Telugu States why KCR has just removed the portfolio of the Minister. Rumours are also going strong that the CM would ask the Minister to put in his resignation any time now.

A badly embarrassed Etela has said that it was the prerogative of the Chief Minister to keep any portfolio with him. At the same time, Etela has not hesitated to say that some deep-seated conspiracy has been hatched against him. He would discuss this with his followers in his constituency to chalk out his future course of action.

Meanwhile, the TRS circles are full of speculation that serious action would be initiated against Etela once the Chief Secretary and ACB DGP would file their reports on the land scam involving Etela. On his part, the Minister has been saying that he has not resorted to any irregularities there.

The Etela controversy has shaken the political scene in the Telugu States. Known for his key role in Telangana agitation, Etela Rajender has now become the target of the KCR family. Even KTR has not given appointment for him in the last four days.