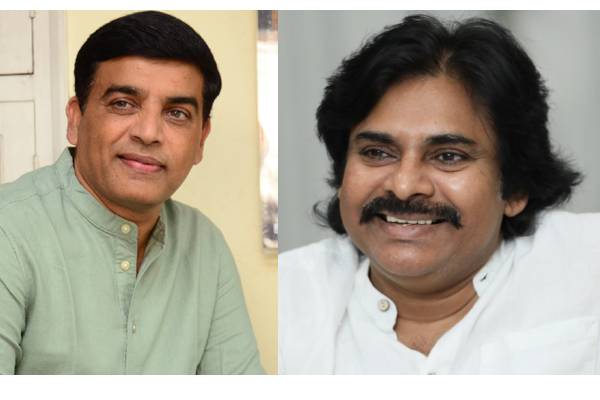 Top producer Dil Raju turned emotional during the pre-release event of Pawan Kalyan’s comeback film Vakeel Saab and his speech went viral all over. He enjoyed the first show along with the audience and proved his fanboy moment. After the film turned out to be a hit, Dil Raju approached Pawan Kalyan once again and expressed his interest in producing one more film with the top actor. Impressed with Vakeel Saab, Pawan Kalyan signed one more film for Dil Raju. The actor also took a hefty advance for the same for now.

With Pawan Kalyan lined up with a series of films, it is unclear when the second combo of Pawan Kalyan and Dil Raju will happen. Dil Raju already staged a hunt for the right director for Pawan Kalyan’s project. It is also heard that the veteran producer made huge profits through Vakeel Saab though the film had to end its theatrical run abruptly because of the second wave of coronavirus. Pawan Kalyan will soon resume the shoot of Ayyappanum Koshiyum remake and Krish’s Hari Hara Veera Mallu. He also signed films for Harish Shankar and Surendar Reddy which will start rolling soon.