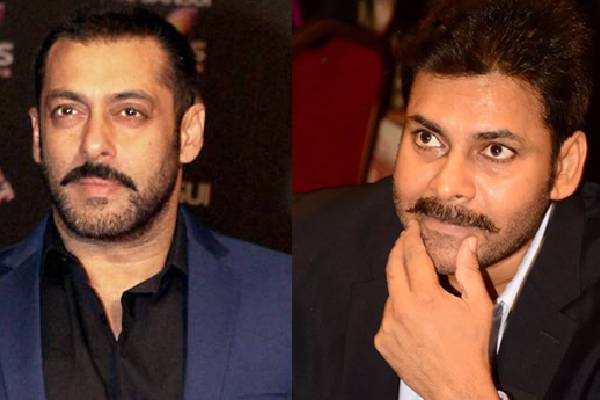 Bollywood Superstar Salman Khan will be playing a crucial role and an extended cameo in Megastar Chiranjeevi’s film God Father. The film’s shoot is in the final stages and the film releases soon. Telugu360 has exclusively heard that Salman Khan will be seen in a crucial role in Pawan Kalyan’s upcoming movie that will be directed by Harish Shankar. The talented director Salman Khan recently and the pictures from their meeting are shared on social media. There are speculations that Harish Shankar will direct Salman Khan in a straight Hindi film but it is untrue.

Salman Khan was approached for Pawan Kalyan’s film and the top actor gave his nod. An official announcement about the same will be made soon. Mythri Movie Makers will produce this film which is titled Bhavadeeyudu Bhagat Singh. Salman Khan is currently in Hyderabad and he is shooting for his next film Kabhi Eid Kabhi Diwali. Tollywood actor Venkatesh will be seen in an important role in this film and the current schedule will happen for a month. Salman Khan is now focused on South Indian films and is signing back-to-back projects.