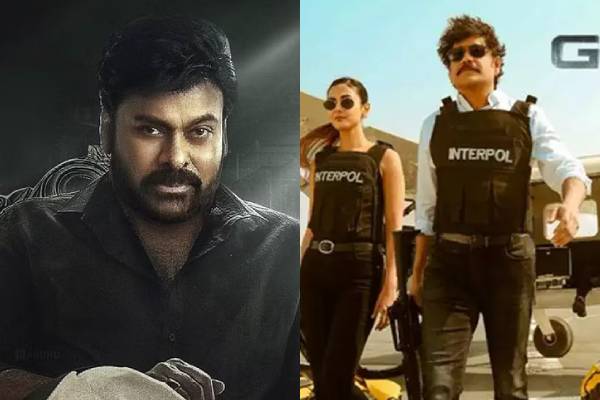 It would be an acid test for the Tollywood veteran actors Chiranjeevi and Nagarjuna during this Dasara season. Their films God Father and The Ghost are heading for a massive release across the globe on October 5th. The makers of God Father announced that the film would have a wide release in Hindi and Malayalam along with Telugu. With Bollywood Superstar Salman Khan playing an important role, the film will have a decent release in Hindi. God Father is the remake of a Malayalam film but the makers wanted to release the film in Malayalam.

The makers of The Ghost announced that the film would have a wide release in Telugu, Hindi and Tamil languages. Convinced with the final output, Nagarjuna decided to release the film in Hindi. He is personally holding talks with Bollywood filmmakers to release the movie in decent number of screens across North India. During the pre-release event, Nagarjuna also wished a mighty success for Chiranjeevi’s God Father. The Ghost is directed by Praveen Sattaru and Naga Chaitanya, Akhil attended the pre-release event as special guests in Anantapur.