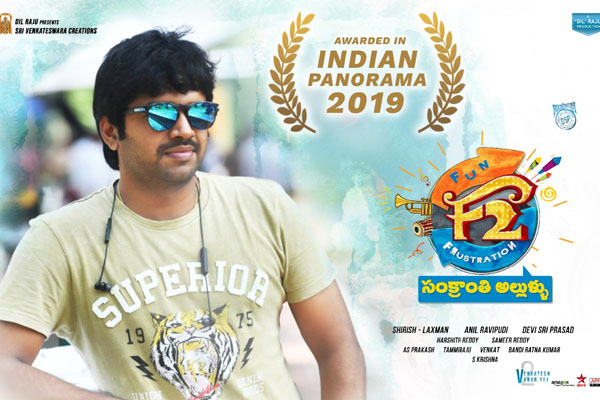 Anil Ravipudi’s comic entertainer F2 ended up as a hilarious fun ride and stood as the biggest hit in the careers of Venkatesh and Varun Tej. The film bagged two prestigious awards at the Indian Panorama for 2019 from the Telugu category. F2 has been named as the Best Film for Telugu category while Anil Ravipudi bagged Indian Panorama Regulations Special Jury award as the Best Director. F2 released for Sankranthi 2019 and it ended up as one of the biggest hits of the year.

Venkatesh, Varun Tej, Tamannaah and Mehreen played the lead roles in F2. Sri Venkateswara Creations bankrolled this comic entertainer and Anil Ravipudi is now all set to direct the sequel which is titled F3. The film starts rolling soon and all the lead actors are retained for the fun ride.