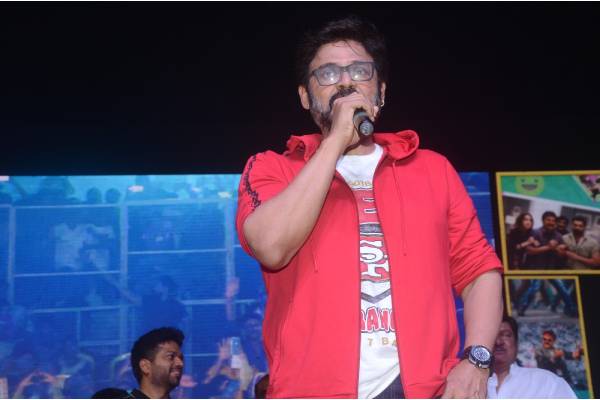 Venkatesh and Varun Tej’s F3 team attended the film’s Success meet in Vishakapatnam. The team had announced that the movie has collected 100 Crore Gross in just nine days.

Speaking at the event, Venkatesh said, “Anil Ravipudi and Dil Raju came up with a good script and the audience provided a great success. Thanks to the technical team and the artists who worked on this film. It’s a delight to have a large female and family audience here. Thanks again to all the audience who provided such a great success”.

Varun Tej said the response of the audience is more than the film collection. “We worked hard for two years with 200 artists and brought the film to entertain you for two hours. This is a satisfaction that money and collections cannot give. The support you have shown for the F3 movie is worth a hundred crores to us,” he said.

Anil Ravipudi who added another hit to his kitty sounded delighted. “From the beginning, we have been saying that the film was made to make people laugh, and today the value of those laughs has been returned to 100 Crore rupees. Collections coming to F3 are giving more kick than collections that came to F2. The reason is audience coming to theaters even in this situation. The F4 announcement is also coming soon,” he said.

Successful Producer Dil Raju thanked the audience big time said, “Today is the ninth day and the movie collected 100 Crores gross. Touching hundreds of millions with a family movie after COVID is very special to us. Audience made this possible. F4 annoucement is coming soon. Our goal is to make F4 that is logical and magical”.